Stags Fall To Late Defeat, But a Win For Hinckley

Your IT sponsored player Alfie Potter missed out with a calf strain as Mansfield lost to an injury time strike in Saturdays League Two clash at Accrington Stanley.

The Stags recovered from an early Accrington goal to draw level through striker Lee Angol and looked the more likely winners until former striker Billy Kee grabbed a heartbreaking 92nd winner to inflict a first defeat of the season.

Stanley took the lead in the 10th minute. Mansfield winger CJ Hamilton was robbed of possession and the ball was fired into the feet of Kayden Jackson in the box, who produced a good turn to get the better of Pearce and fire beyond keeper Conrad Logan.

The equaliser came in the 25th minutes as Logans long clearance was flicked-on by Danny Rose to strike partner Angol who beat the Accrington keeper to the ball before rolling it into the empty net for his first goal for the club.

The Stags pressed hard for a winner and came close on a number of occasions before Kee’s late winner sent the visitors home empty handed. For a full match report visit The Mansfield Town website.

Mansfield have now won 1, lost 1 and drawn 1 and currently sit 11th in the table, although it’s extremely early days.

Potter is likely to be back in contention for the home clash with Luton Town at The One Call Stadium next Saturday. 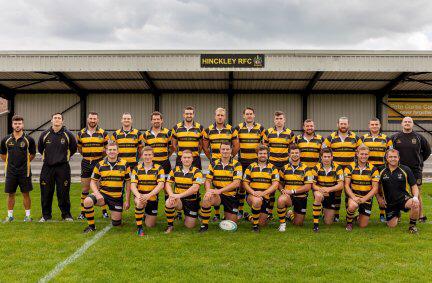 Meanwhile, Hinckley RFC continued their preparations for the forthcoming season with a 17-10 friendly victory over Tonbridge Juddians.

The 1st XV play a further friendly match on Thursday evening away to Broadstreet before beginning National League action against Blaydon at Leicester Road on Saturday 2nd September.