Derby County Ladies signed off their season with a disappointing defeat to Stoke City, and bid an emotional farewell to manager John Bennett. Mansfield couldn’t quite secure a play-off spot in Sky Bet League Two whilst Leicester shire County Cricket Club have started their County Championship season with a mixed bag of results.

A 4-0 defeat to Stoke City Ladies was not the ending that John Bennett nor the players of the Ewe Rams would have wanted for the managers final game in charge. Bennett hands the reigns to new Head Coach Sam Griffiths, and there is certainly work to do if Derby want to be competitive regardless of which division the club is in. Ensuring the club keeps hold of some of the young talent such as Karagh Tait and Amy Sims will be a priority, whilst the experience of the retiring Leanne de Silva will need replacing.

The Ewe Rams played well enough and created chances, with the final score somewhat flattering the visitors. However, Stoke were clinical in front of goal, taking the majority of chances that came their way to take the 3 points. 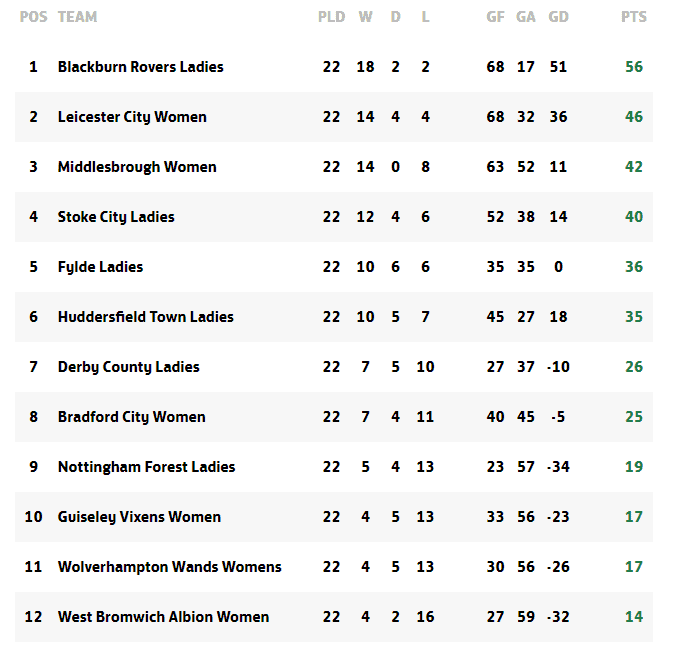 Blackburn finished top of the pile with just 2 defeats all season, whilst County end the season 7th. Despite the goals of top scorer Andi Bells a total of just 27 goals from 22 games is joint second lowest in the division and the new coach will need to add creativity and further goal threats to a squad that has at least shown some resilience at the back. 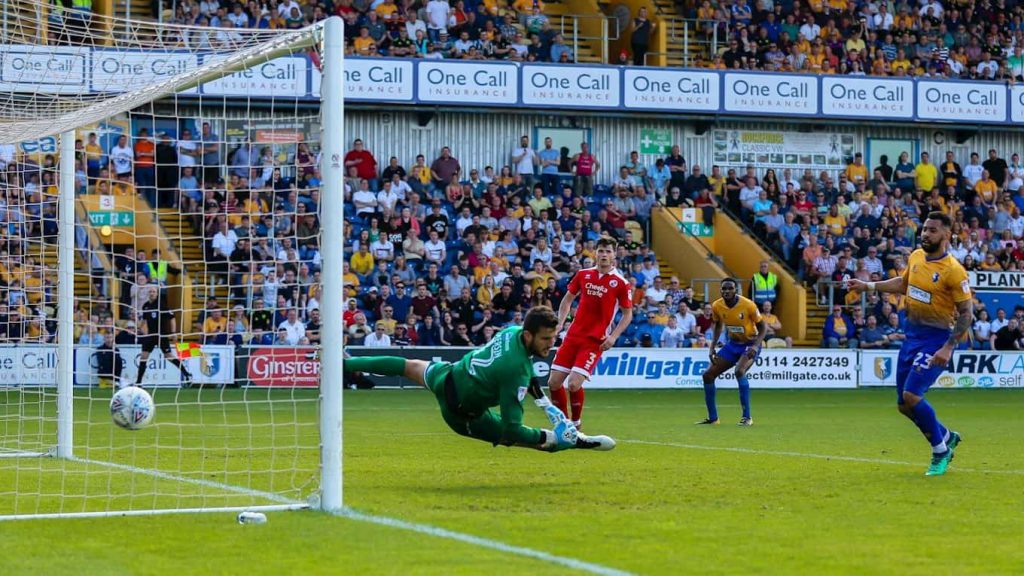 Mansfield Town’s season came to a close this afternoon with a 1-1 draw against Crawley Town, despite dominating much of the game.

The Stags went into the game knowing they needed to win and hope one of Coventry City or Lincoln City lost, but didn’t get off to the best of starts as they fell behind in the seventh minute. Panutche Camara delivered a ball from the left wing and Karlan Ahearne-Grant was on hand to head the ball past ‘keeper Conrad Logan. That was the only goal of the first-half, though Mansfield had several opportunities to draw level which they failed to convert.

Our sponsored player, Alfie Potter, was one of two substitutions in the 27th minute as manager David Flitcroft was clearly unhappy with the way the team had started.

In the second-half, the Stags laid siege to the Crawley goal and will feel that they should have scored more than the solitary goal they managed. That goal arrived in the 63rd minute, Kane Hemmings heading home at the near post, squeezing the ball past Crawley ‘keeper Yusuf Mersin. The visitors had Mersin to thank for keeping them in the game as he denied the Stags on more than one occasion, whilst Hemmings and strike partner Lee Angol were both guilty of spurning brilliant chances in that second-half onslaught.

The Crawley game was to prove Alfie’s last action in a Mansfield shirt as his contract with The Stags ends and he was not retained by the club. We wish Alfie the very best of luck in securing a new club for the 2018/19 season.

The latest team added to our sponsorship portfolio is Leicestershire County Cricket Club. Leicestershire are hoping to gain promotion from the second division of the Specsavers County Championship and will also be looking for success in the T20 Blast series. Our sponsored player, Richard Jones, has struggled with a pre-season injury but did return in a recent 2nd string match, taking 3 for 74 in 10 overs as he fights back to fitness. We’ll hope to see him in first team action soon. In his absence Leicestershire have racked up 2 draws, 1 win and a defeat in their first four league matches and secured safe passage to the next round of the one-day cup. 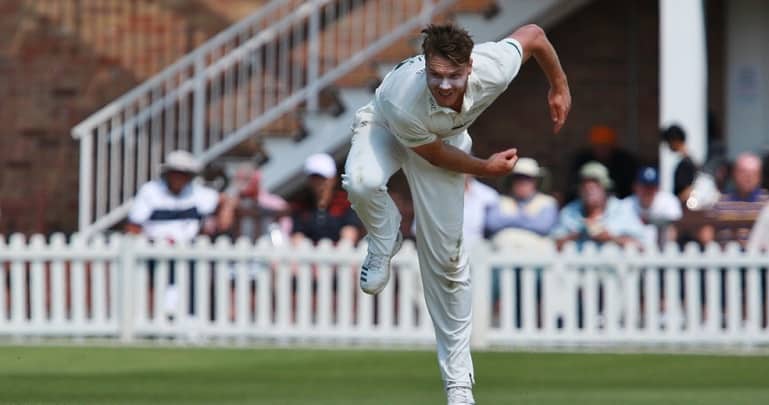 Wells scored 102 not out while four Foxes bowlers claimed a wicket apiece as Sussex got their heads down to see out the final day and post 241 for 4 declared.

It meant that Leicestershire CCC banked a solid ten points from a match in which there were many positives, including a brilliant 186 from Colin Ackermann.

The first two days of the game were lost to the elements but the Foxes had the better of play that was possible, posting 381 before the visitors replied with 251 for 8.

Lots of solid contributions were made throughout including Ben Raine, who scored 47, took 2 for 56 from 15 overs, and also claimed a sensational catch.

Ned Eckersley (54) and Neil Dexter (47) were in the runs on the final day while Gavin Griffiths and Colin Ackermann also picked up a brace of wickets as Leicestershire CCC moved to 21 points from two games.

Seventeen wickets fell in the space of 53 overs as Durham CCC battled back to land a Specsavers County Championship victory against Leicestershire CCC.

There was a steady opening session at Emirates Riverside but the game burst into life as two 24-year-olds produced outstanding spells of seam bowling to end with career-best figures.

Gavin Griffiths was undoubtedly the star of the show for the Foxes, taking five wickets in the space of four overs in the afternoon session en route to an outstanding haul of 6 for 49.

Durham CCC slipped from 323 for 3 to 345 for 8 in the process and were indebted to the contribution of James Weighell. The all-rounder made 38 at number eight to ensure the Foxes had a chase of 148 from 46 overs, and then snared a brilliant 7 for 32 to secure victory for his side.

Raine made a priceless 65 to ensure Leicestershire CCC posted 237 in the second innings, meaning that Glamorgan required a testing 251 to win.

The all-rounder then took 4 for 44 – including the vital last wicket of Marchant de Lange – as the Welsh County were ultimately dismissed for 247 in what was a fascinating Specsavers County Championship match from start to finish.

Leicestershire CCC looked to have the visitors on the brink at 107 for 7 but the match continued to have twists and turns to the last. de Lange struck a career-best 90 off just 45 deliveries before hitting the tireless Raine to Parkinson at long-on to spark celebrations for the Foxes.

Opener Horton recorded the first century of this year’s competition, a mix of elegant strokeplay and placement setting the foundation for a solid Foxes total of 265 for 7.

Griffiths recently returned consecutive career-bests in the Specsavers County Championship game at Durham and claimed his finest List A figures of 4 for 30.

All-rounder Raine again made a telling contribution, scoring 32 and then picking up 3 for 31 as the Steelbacks were bowled out for 193 at Wantage Road.