Your IT have been receiving quite a bit of press attention since the beginning of 2017. With new staff, a new building and an exciting sponsorship announcement.

In case you’ve missed anything here is a bit of a roundup and links to the stories.

Later in the month our move to new premises at Eastwood was featured in the Nottingham Post both online and in print (see photo) as well as the Business Desk and Business Link This story also appeared in the February edition of ‘The Business’ the Posts monthly business roundup. 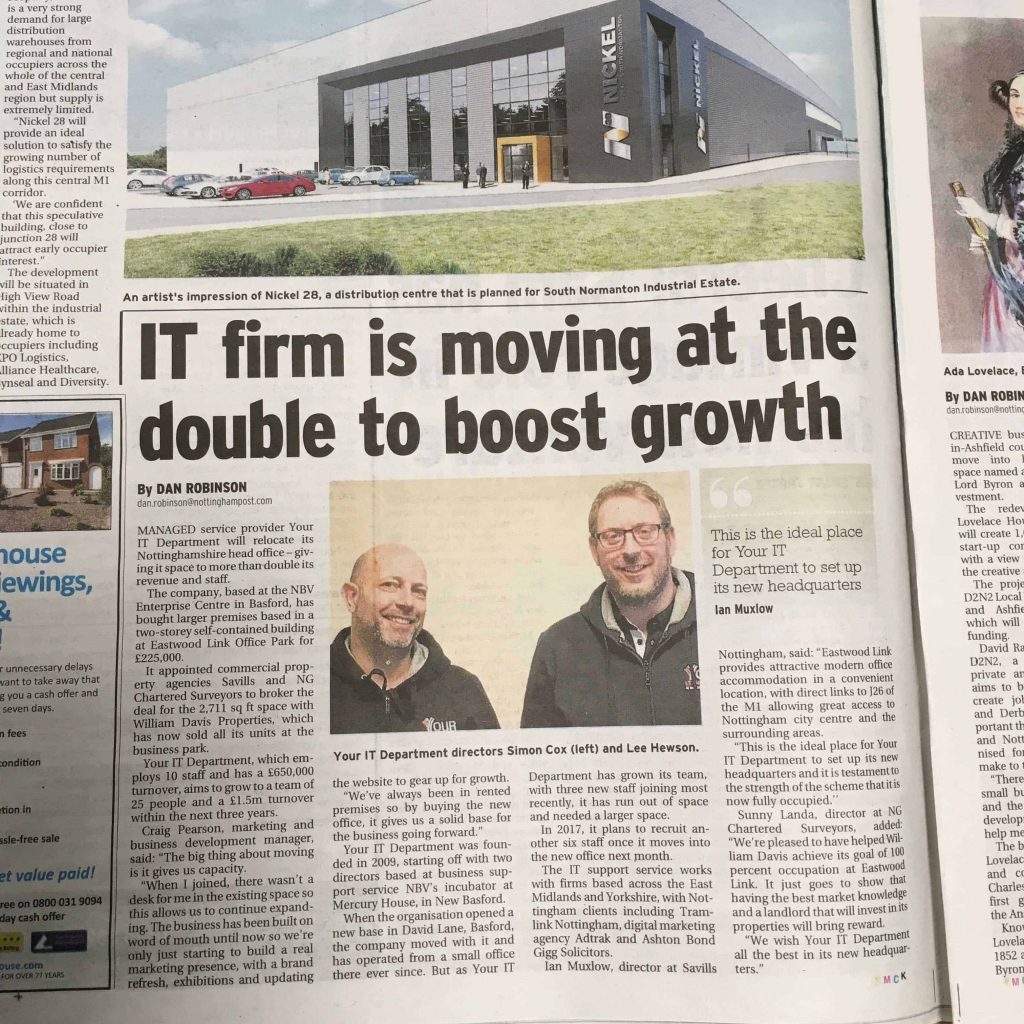 Towards the end of January we announced that we were to be a category sponsor of this years Nottingham Post business awards. Early in February our Managing Director Lee Hewson and Marketing and Business Development Manager Craig Pearson attended a Breakfast Event to launch the awards at Coast to Coast. The event was covered extensively by the Post  and included the following interview with Craig:

Managed service provider Your IT Department, which announced last month it was moving into a larger base at Eastwood Link Office Park as it aims to grow from 10 to 25 staff, is sponsoring the creative industries business of the year award.

Marketing and business development manager Craig Pearson said: “Nottingham is our home and we’ve been quite successful over the past eight years so wanted to give something back to the community.

“We’ve just moved into new premises and want to shout about ourselves a little bit, and get our name out there. For a small business like ourselves this is a lovely opportunity to be listed alongside companies like Experian, Mazars and NET.

“The creative sector is an area where we have some clients already and we see the way those businesses have grown.

“We’re a very technical company so it’s very nice for us to do something different with creative thinking. It’s such an important and growing sector within Nottingham and the UK in general.” 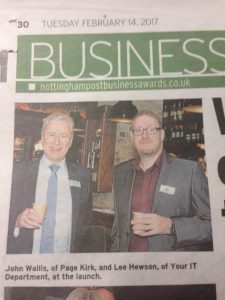 Finally towards the end of February we were delighted to announce two further new appointments, with Peter Marsden and Damian Joel joining the team. This story was picked up by both Business Link and  Business Desk.

We are looking forward to lots more coverage over the coming months, particularly in the Post linked to the Business Awards so keep an eye out for us!