Mansfield Town took their unbeaten run to six games as they came from one down to beat Cambridge United 2-1 at the One Call Stadium on Saturday.

After a goalless first half, Cambridge defender Leon Legge headed the away side into the lead before substitute Jacob Mellis converted a penalty to get the Stags back on level terms.

With both sides pushing for a winner, frontman Danny Rose struck his second winner in as many games to complete a superb turnaround from manager Steve Evans’ side.

Alfie Potter started his second league game in a row and was at the center of a couple of Mansfield’s brighter first-half moments, seeing an effort deflected out for a corner before his cross was just too high for Rose to convert.

Potter was withdrawn just before the hour mark as part of a double change and it was one of the substitutes who converted the penalty as Mellis’ spot-kick squirmed under the Cambridge keeper after Hayden White was tripped.

Mansfield pushed on, increasing the pressure on Cambridge and gained a deserved winner when Rose struck in the 88th minute.

The Stags are unbeaten at home and sit 5th in the table, a point behind third place Luton.

Derby County Ladies produced a second spirited performance in a week but were again denied by a late goal in a 1-1 draw with Fylde LFC.

Following Leicester City’s cruel injury tie equaliser in the mid-week 1-1 draw, it looked like Derby would secure all three points when the pace and trickery of Andi Bell took her into the box where she found Camilla Newton who fired home in the 81st minute.

However defensive hesitation allowed an almost immediate Fylde equaliser and Derby had to settle for a share of the spoils.

However, this was an impressive point for the Ewe’s ending Fylde’s 100% record and Derby will be hoping to secure all 3 points when they face Bradford next Sunday at Mickleover with the two teams level on 5 points.

Your IT Department took part in the clubs annual photo shoot on Thursday evening at Pride Park. A fantastic feat of organisation with over 500 players, parents, sponsors and club officials attending.

The photo shoot for most clubs involves just the first team squad but it is a testament to the ethos of Derby Ladies that all of the clubs teams, from every age group, is involved. As sponsors, it was great to be involved and get a behind the scenes look at Pride Park too. 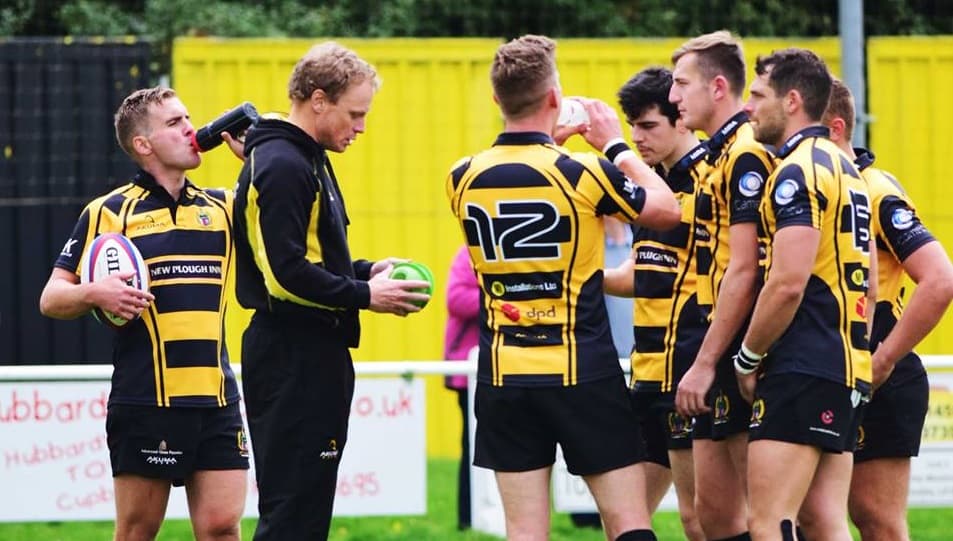 James Martin got Hinckley off to a flyer with a try within the first two minutes but despite 3 further tries from Piotr Wisniewski, Joe Glover and Scott Hamilton and 3 conversions and a penalty from Joe Wilson the Leicestershire outfit slumped to their first defeat of the season.