Extension support has always been a weak point in Microsoft’s browsers. With Microsoft Edge, the company now offers a much more modern browser. Users who signed up for the Windows Insider program can now try the first preview release of Edge with support for extensions. 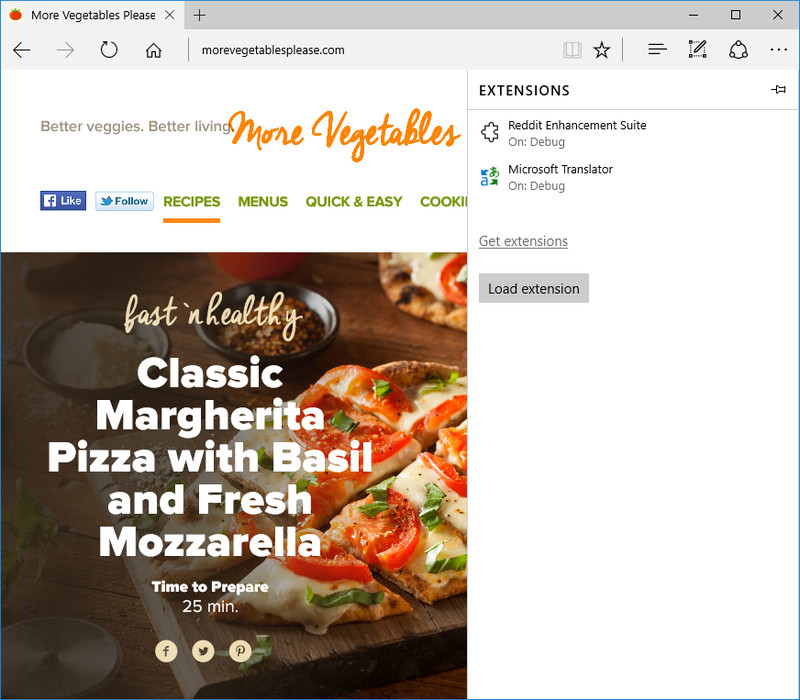 Microsoft argues that one of the reasons it moved slowly here was to ensure extensions could run in the browser without compromising security. Microsoft’s general manager for Edge, Drew DeBruyne, said:

“As we have also shared, one of our highest priorities is to ensure that Microsoft Edge is the safest, most reliable and fastest browser we could build, and our experience over the past 20 years has taught us that poorly written or even malicious add-ons were a huge source of security, reliability and performance issues for browsers. With this in mind, we have built Microsoft Edge so customers can add extensions to the browser with the confidence that they will operate as expected.”

Extensions will be available in the Windows Store once the feature ships later this year to all Windows 10 users. Until then, users will have to install extensions manually. Microsoft is promising that AdBlock, Adblock Plus, Amazon, LastPass, and Evernote extensions will be available later this year. Right now, this is just an early look at how extensions will function in Microsoft Edge, but the company plans to update the experience as it continues to test its latest Windows 10 updates. Microsoft stresses that it is participating in the W3C Browser Extension Community Group, which aims to create a standard API for browser extensions, which should at least theoretically make it easier for developers to write add-ons that’ll work across browsers. With this update, Microsoft is also going to bring pinned tabs (a feature long available in all other major browsers), as well as some copy-and-paste improvements, to Edge as well. 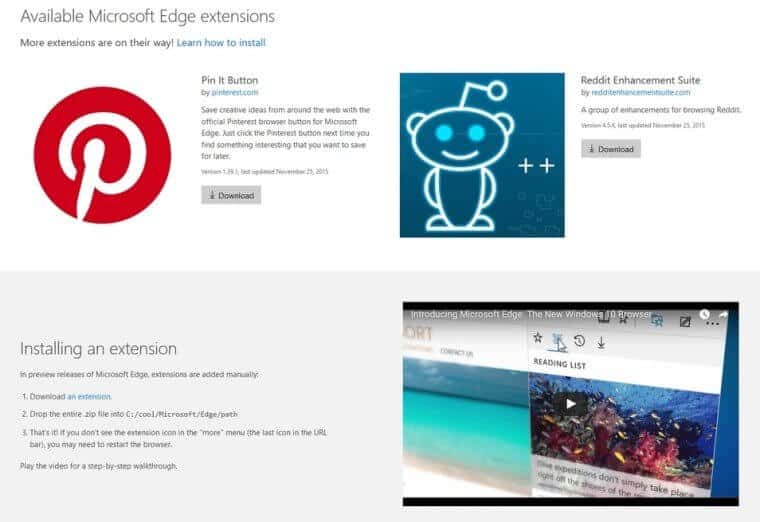