Microsoft and Dropbox unveiled an expansion of their partnership today with the debut of a native application for Windows 10 devices. The app, which will work on both Windows 10 PCs and tablets, follows the companies’ earlier integrations across both web and mobile devices. However, the app is not yet live in the Windows Store across all regions – instead, it will become available over the next few days, notes Dropbox in an announcement.

This new app was built on the Universal Windows Platform, with support for Windows 10-specific features like Windows Hello, Live Tiles, and Notifications. There’s also a Dropbox Windows desktop client available, but lacks the Windows 10 features. Similar to other Dropbox application on competing platforms, Dropbox for Windows 10 will allow users to drag-and-drop items in between the Dropbox app and Windows File Explorer, as well as copy or paste files.

It does support other features too, such as Quick Search (where you can just start typing to see results); interactive notifications that let you accept invites without launching the app; comments, @mentions; Jump List access (meaning you right-click on the app icon in the taskbar to access recent files); as well as “Windows Hello,” a feature that lets you use your fingerprint, face or iris to unlock Dropbox.

Microsoft says that a version of Dropbox designed for Windows 10 Mobile is also “coming soon,” although they didn’t provide a launch date.

Microsoft and Dropbox, as you may recall, have rolled out a number of integrations between their two businesses, beginning with the announcement of a formal partnership in November 2014. Since then, the companies have made it easier for users to access each others’ products and services from their respective platforms. For example, Dropbox’s mobile apps were made to work with Microsoft Office, including the ability to edit Office documents from inside the Dropbox app. And Microsoft Office users were later allowed the ability to edit their Office files within Dropbox via the web, too.

The company’s partnership with Dropbox has since helped “more than 17 million people” get their work done, says  Steve Guggenheimer, Microsoft’s Corporate VP of Developer Platform and Evangelism and Chief Evangelist. The expansion to natively support Windows 10 devices is a notable one, given that Microsoft now claims over 200 million active Windows 10 devices worldwide. 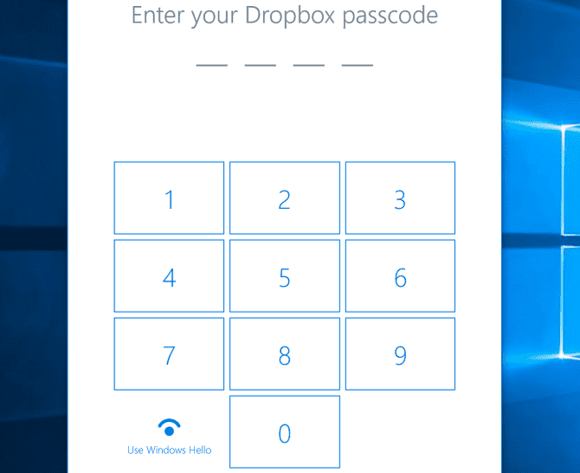 (Thank you to Tech Crunch for the info!)