Hinckley kicked off their National League Two North season with an impressive 52 – 26 win over Blaydon at Leicester Road.

Blaydon, relegated last season, were expected to provide a stern test for the Hinckley boys but an early try from Jack Dickinson converted by Joe Wilson settled any nerves and a set the tone for a dominant first half performance which saw the team run in 5 further tries to lead 38 – 7 at half-time. When  Captain Alex Salt added a further try in the third minute of the second half it effectively ended the contest. Possibly due to some tired legs and a flurry of changes from Hinckley Blaydon rallied somewhat but any thoughts of a comeback were soon stubbed out and Josh Smith rounded off the try scoring in the 78th minute as HInckley completed an impressive win. 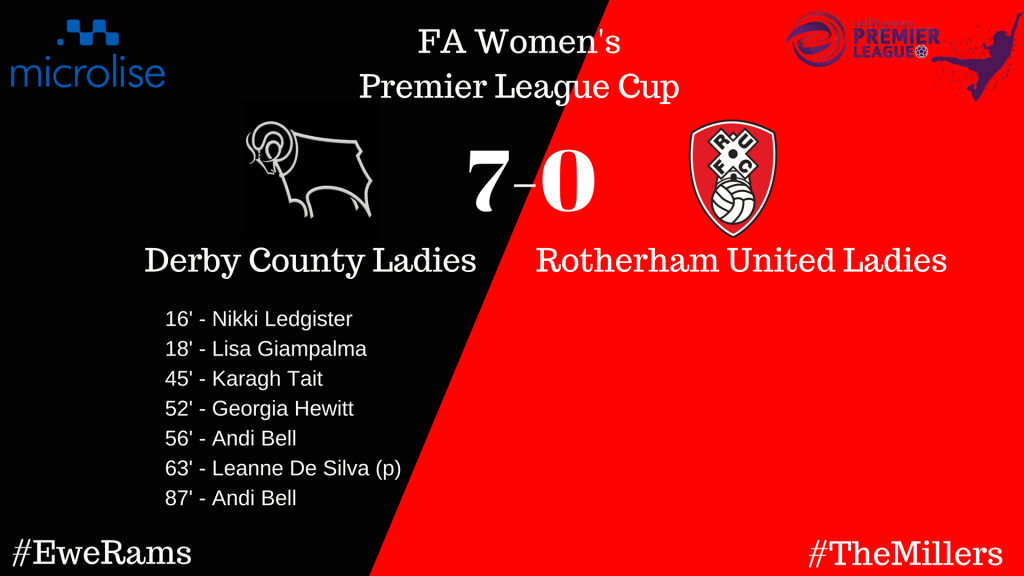 Hinckley are joined in our week of winners by an equally impressive performance from Derby Ladies who ran out 7-0 winners in their League Cup tie against Rotherham at Derby University. Your IT sponsored player Andi Bell led the way with two goals, the first a fantastic lobbed effort as the ladies comfortably avoided a potential banana skin against lower league opposition. The Ewes started fairly cautiously but looked to have broken the deadlock when an excellent cross from Bell was met with a header from Lisa Giampalma only for the goal to be ruled out – the first of a number of questionable decisions from the Assistant Referee. However, on 16 minutes Bell again got away down the right and her cross was met by Nicki Ledgester who made no mistake. With Rotherham offering little threat the impressive Giampala added a second two minutes later before 16-year-old midfielder Karagh Tait smashed in a thirty-yard effort on the stroke of half-time. Derby continued to control the game and added a fourth from substitute Georgia Hewitt, before Bells exquisite finish at the end of a neat team move. A twice taken penalty from Leanne Da Silva made it six, before Bell finished neatly after a driving run down the right from sub Sophie Bonsar. The Ewes will face sterner tests, starting with next weeks local derby against Nottingham Forest but this was an impressive performance and comfortable win.

Mansfield continued their League Two campaign with a 1-1 draw away to Carlisle United. Your IT sponsored player Alfie Potters goal and impressive mid-week performance was rewarded with a place on the bench as the Stags started sluggishly. The Stags fell behind in the 15th minute as Carlisle striker Hallam Hope nipped past left-back Mal Benning on the halfway line and carried it into the Stags’ box before slotting it past keeper Conrad Logan.

Mansfield came out with renewed verve in the second period and started excellently.

Seven minutes into the half the Stags were presented with a golden opportunity to equalise.

Right-back Rhys Bennett crossed in from the right and Paul Anderson was dragged to the ground by Tom Miller, giving ref Darren Handley no choice but to award a penalty.

Striker Kane Hemmings, looking for his first goal for the club stepped up but had his spot kick saved by Jack Bonham, who dived to his right.

After missing the penalty, Stags’ boss Steve Evans made a double change with Will Atkinson and Jacob Mellis making way for Alfie Potter and Deadline Day signing Calum Butcher – and what a substitution it turned out to be.

Two minutes later, former Millwall man Butcher bagged a debut goal. Winger Paul Anderson whipped in a cross from the left, Carlisle ‘keeper Jack Bonham punched clear ahead of Hemmings and Butcher produced a magnificent volleyed lob from 25 yards out which looped over Bonham and into the net.

The point means Mansfield find themselves in 15th place after 5 games, well below expectations and will be looking to improve with home games against Grimsby and Wycome up next.