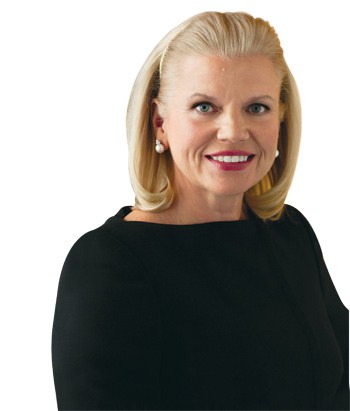 At IBM’s annual investor briefing, Ginni Rometty, IBM CEO, sets the target of annual revenues for the company from cloud computing, big data, and security to achieving $40billion by 2018. This came after it has set out plans to slash thousands of jobs and reconstruct its operations to focus on software, as there’s a drop in hardware sales, and traditional services have struggled too.
Cloud, analytics, mobile, and security as “strategic imperatives” are being set in place over the next few years, against current software sales of around $25billion, Rometty told analysts.
IBM are struggling with their sales. Their hardware sales fell from $13billion to $10billion (23%) last year. Whilst total revenues had fell from $98.4billion to $92.8billion, are likely by 2018 to have fallen to about $90billion.
However, Rometty defended their hardware sale decline in terms of overall profitability. “Much of the decline in revenue has been engineered by us. We restructured the hardware business and it is now less than 10% of the company, and we returned that business to profitability.
Rometty tried to assure her strategy was not based around cutting costs and financial engineering, despite IBM also selling off their floundering semiconductor chip unit to Global Foundaries for $1.5billion. She told analysts, “it’s not a cost-cutting exercise. It’s a very healthy remix.”