Your IT Official Charity

Within Your IT we’ve had a few charity efforts over the years. These have mainly been individuals raising money for causes close to them, supported by their colleagues.

However, we’ve decided it would be nice to have an ‘Official Charity’. This means Your IT staff can make a co-ordinated effort to raise a significant amount of money for a single charity.

Following some discussion, we have decided on our Charity and (drum roll please….) we will be supporting: 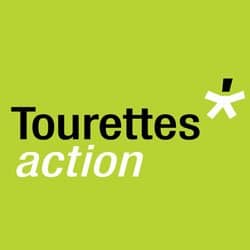 This is a charity close to the heart of one particular member of our staff, our Assistant Service Desk Manager Charley Clarke. Charley who suffers from coprolalia, the form of Tourette Syndrome which causes involuntary swearing.

Tourette Syndrome (TS) is an inherited neurological condition. It affects one school child in every hundred and is more common amongst boys. Over 300,000 children and adults are living with TS in the UK.

The key features are tics – involuntary sounds and movements, which must be present for at least 12 months to meet the diagnostic criteria.

TS is often misunderstood as a condition which makes people swear or say socially inappropriate things. Although it is true that ‘coprolalia’ – the clinical term for involuntary swearing – is a symptom of TS, it only affects a minority of people. 90% of people with TS do not have coprolalia. 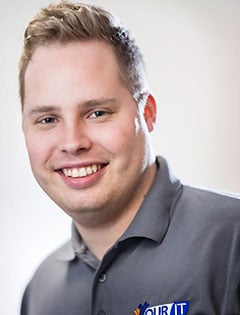 Charley said ‘I’m really happy that Your IT have chosen to support Tourettes Action, a charity I already donate to on a regular basis.

The severity of my condition, and the way it manifests itself, changes quite a bit. At times I have a few tics, whilst at others I can suffer badly with involuntary swearing and other symptoms.

The Directors at Your IT have always been really supportive of me, and really understanding of the condition.”

Your IT Co-Owner and Director of Service Delivery Lee Hewson said, “We are delighted to name Tourettes Action as the Your IT ‘Official Charity’. With Charley being an integral part of the team it’s good that we can do our bit to support a charity that means a lot to him.”

Simon Cox, Co-Owner and Director of project Delivery and Centralised Services, continues; “Having a member of staff with Tourettes means we’ve learnt a lot about the condition. It is often misunderstood, and we’ve really had to educate ourselves and the rest of the staff. The money we raise will help Tourettes Action to conduct further research into the condition. It will also help with their efforts to support individuals who suffer with TS.”

Craig Pearson, Director of Sales and Marketing said; “We’ve been looking to formalise our charity efforts, and this is a great charity for us to support.

We’ve set each member of the team a target to raise a minimum of £100 over the next year. We are looking forward to seeing what innovative ways they come up with to raise the money. We’ve already had talk of cycle rides, sky dives and sponsored walks.”

We hope that some of our clients will want to get involved. This could be by making a donation, sponsoring someone or taking part in one of the activities we organise. Watch this space for events and fundraisers.”